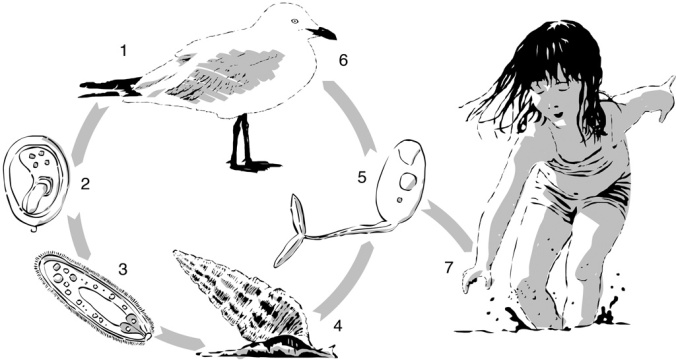 Andrew Offal, a businessman of some repute – ill in some circles, vague in others – had excessively high hopes for his eldest daughter. This was evidenced in the fourteen million dollars he had spent on genetic optimization while she floated oblivious to his desires in the womb. Offal had also put at least three trillion dollars into hand-picked tutors to educate her in the fields of study Andrew deemed most suitable for his idea of her perfect existence, and another seven hundred million in travel expenses to ensure her exposure to the entire breadth of Earth’s cultures was complete and meaningful.

When it came to his attention that time travel was well within reach of his excessively large income, he pounced upon the opportunity and would not let it go until this daughter, Audrey, was stepping inside the DIMsphere (short for Direct Interversal Module) that would inevitably take her into the past, where Andrew felt she could receive the full benefits and experience of Earth’s history firsthand.

Of course, you and I know that travel to the past is impossible – that statement, on the surface at least, is absolutely true. One cannot leave the year 2353, and, by traveling conventionally through time, arrive in the year 1953. Time passed is time lost, and events concluded are events set in concrete. The method of intertemporal travel Mr. Offal found himself in a position to utilize for the perfection of his eldest daughter, Audrey, was not so much “time travel” as it was multiversal translocation. The DIMsphere, a device created by the pioneers of interversal travel, Ulysses Spatial Logistics, allowed one or more persons to exit their universe of origin and arrive in a relatively similar universe. In the infinite multiverse of existence, as you and I both understand it, every event that can possibly happen, does happen, such that an infinite number of seemingly identical universes exists nearly right on top of one another with only minor differences. In addition to being able to cross over into a universe almost, if not exactly, identical to the one left behind, Ulysses Spatial Logistics discovered that time, as it relates to the arrangement of these universes, is not parallel. Therefore, it is entirely possible for one human being in a universe currently at a point in time that we will, for simplicity’s sake, call the year 2353, to exit that universe and enter a nearly identical universe whose time is offset by four centuries to the negative, which for all intents and and purposes, is identical to the historical year 1953 in the universe of origin.

Offal delightedly paid the required fees ten years ahead of Audrey’s scheduled jaunt, and then waited patiently for her to reach the required age for multiversal travel – at the time, a conservative sixteen years of age. The year Offal chose for his daughter to visit for a three-year stay was 2014. Offal had been quite livid when his first choice, the year 2022, had been booked solid due to its popularity as the year of the great Global Revolution. Eventually, Ulysses convinced Offal that the events leading up to the Global Revolution would offer a better perspective of the ideals of the event as they were first conceived, and Offal conceded the point.

Andrew Offal hugged his sixteen year old daughter, who wore only a robe, and told her to have a good time. Following a tradition they had started on her first solo trip abroad at eight years of age, they held hands, kissed each other lightly on the cheeks, and said, in unison, “Until we’ve grown.”

Andrew turned his head politely as Audrey disrobed and entered the DIMsphere. Just before the module vanished, Andrew waved goodbye to her, and blew her a kiss. From the porthole of the module, Audrey returned the wave and exited her universe of origin.

Though time is relative, in universes separated by only minor events time flows quite the same. The three years Andrew Offal waited for his daughter to emerge from the scheduled returning DIMsphere, elapsed only two seconds faster in total in Audrey’s 2014. Offal made sure the media was present for the return of his daughter, who he had promised the world would be ready to achieve great things as his successor. As the ten thousand attendees of the event raised their voices in anticipation, Offal approached the dock where he would greet his daughter with a dozen crystalline roses grown on Europa, and a top-of-the-line personal spacecraft, custom-designed by Ulysses Interstellar.

The DIMsphere popped back into existence three seconds before the timer reached zero, and the crowd stirred uneasily as the door swung open to reveal an empty module. Andrew Offal, after a moment of confusion, erupted in a rage. While the multifeed crews on site to film the event for live stream caught the initial thirty minutes of the melee that followed, Ulysses Spatial Logistics soon had them removed from the site, so that the extreme violence that followed was not recorded.

Andrew Offal, with an arsenal of attorneys at his disposal, quickly untangled himself from the laws that required him to spend time in prison for the harm he had caused Ulysses employees and their families. In a matter of months, he had paid out a ridiculous four hundred thirty quadrillion dollars to Ulysses in recompense and arrangement for his own jaunt to the universe where his daughter had gone missing.

The multifeed crews were not present as Offal stepped naked into the DIMsphere, and no one saw him off as the module blinked out of existence.

After a year of fruitless searching, a broken Offal decided to exit 2014 and return to his universe of origin without his daughter. With one night remaining, and most of the funds he had brought with him wasted on useless attempts to find his daughter, Offal was forced to check into a seedy motel. In a daze of defeat, he collapsed onto the filthy bed with a ripe hidzber fruit in his hands, and, for the first time since entering the year 2014, he turned on the television to waste some time.

To his surprise, his daughter Audrey was there on the screen. In the same voice she had said “Until we’ve grown” to him, Audrey was saying to the audience:

“So, I was, like, pissed that she had nerve to even get all up in my bizness, cuz, you know, like, just because she might have been the one that he fucked first, she was fucking drunk every time they fucked. Like, I understand she, like, is jealous and shit, but when I mark a man like that, that shit is mine.”

Offal’s left eye twitched and hidzber juice ran down his chin from his open mouth. The interviewer asked his daughter what she had learned in her experience on the reality show.

“You know, like, I love my girls, cuz they’re like always there for me, like even when I’m crazy. I’m going to miss the clubs and the boys, but I think, like, most of all, I’m going to miss the experience of living life in front of everyone and not giving a shit about stupid shit like history and art and stuff, cuz it’s all about, like, living life moment to moment, and even if, like, fifteen years from now, I, like am not with this guy, and, like, can’t find a guy that’s hung like a telescope, I’ll still be like, enriched for the experience, and youthful inside and shit.”

Offal missed his DIMsphere the next day. Two months later, he had inserted himself in the fastest growing corporation on the planet. One year later, he was CEO of that corporation, and owned more tech corporations than any entity in the history of Earth. Two years later, his corporate army sacked a third-world country and turned it into massive research facility the size of Croatia. Seven months after that, Andrew Offal was Emperor of the Grand and Glorious Human Empire.

By the year 2022, the woman that had once resembled his daughter had two children by different fathers, and was engaged to a hip-hop star and judge on a popular singing competition television show.

In 2023, under orders by the Emperor Andrew Offal, scientists initiated a series of events that collapsed that universe into nothingness and both Andrew Offal and the vacuous waste of life he had witnessed from the filthy bed of that seedy motel ceased to be.

Meanwhile, back in 2354, delayed one year by miscalculations on the part of Ulysses Spatial Logistics, Audrey Offal exited a DIMsphere, having mistakenly been transported to the year 2006 for a duration of three years, and was met by an apologetic Ulysses employee. As the truth of the series of events began to unravel, it became clear that fate had played a nasty trick on Andrew Offal.

The one event that was different between the universe Audrey, and later Andrew, Offal had traveled to and the universe of their origin, was that a woman looking exactly like Audrey Offal was born four hundred years before her exact duplicate.

Andrew Offal’s disastrous reaction to his perceived failure unraveled the multiverse and eventually doomed all of existence.

This is why it is important to discuss the dangers of reality television and pop music with your children before it destroys everything ever.

One thought on “Day Eleven – Supplementary Notes on Gergot Maxim’s 352-Minute Film Entitled “Though Babies Wept and Wretches Bent” As First Orally Related to Kimberly, His Wife, Over an Excessive Third Cup of Lapsang Souchong”